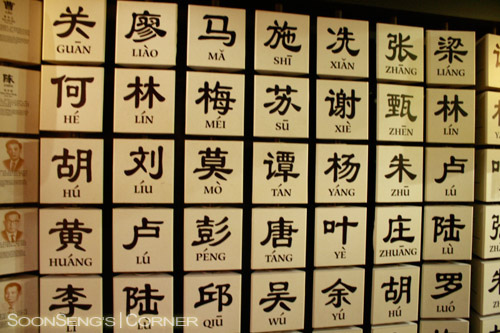 In Dahlan Iskan’s article on April 2018, titled “Chinese Name for Zarra Zetria”, there is a question: How can my name (Zettira) changes into a Chinese name?”

4 Ways to Give Chinese Name

This is Dahlan statement on his blog, Disway.id : Pretty Zettira, are you serious to have a Chinese name? There are 4 patterns in giving a Chinese name. If you know some more, please tell me.

First: The person is having a Chinese name from their parents.

Second: Foreigners are having a Chinese name without knowing it. The purpose of that action is to make his/her name easier to speak and remember.

Third: Foreigners are ASKING for a Chinese name, like you and me (yes, me, because i’m not Chinese, lol).

For ethnic Chinese, the name is really important. If someone got the wrong name, the name can make different ways of life, even to the bad side. This is why the parent should make a consultation with the Fengshui master only to decide the Chinese character that is suitable enough for their children.

Generally, all the parents should give a name to their children. But, some fanatics believe that children’s names must be given by their grandparents, or even from their great-grandparents.

As a information, according to The Dictionary of Chinese Surname (中华姓氏大辞典; Zhōnghuá xìngshì dà cídiǎn), the number of surnames that have been recorded in history is about ±11.969 surnames.

A. The Rules of Chinese Name

The surname that is used the most is only about 200 surnames. The list of single-character surnames above is the most used by people.

♦ The second Chinese character is a MIDDLE NAME, that showed the level of generation in the family.

The genealogy of Nyi, Ik, and Se have been ordered by the ancestor, and have been set for 3-7 generations under them. The genealogy name is usually ordered by the words of poetry. For example, the names of ‘Tjong Nyi Chai’, ‘Tjong Ik Sin’, and ‘Tjong Se Wie’ used a poem that sounds like ‘Nyi Ik Se’.

So, if the sound is already ended in ‘Se’, the next generation of the family will use the first word again, which is ‘Nyi’.

But the unique is, almost all Chinese ethnicities that were born in last 1995 (Generation Z) until now are a “lost generation”. They didn’t have a Chinese name, even less a genealogy name. One of the reasons is the influence of western culture. So, names like Tony Leung, or Linda Chan, are more popular than their traditional names.

♦ The third Chinese character name is the real name, and yes, only 1 character! It’s like a nickname.

But, only the last 2 characters (the generation and real name) need to have a good meaning. They need to mean hope, pray, or something good.

For example, my name is 余世甘 (Yu Shigan). The first character (余; Yú) is my surname. Because I’m not a Chinese person, my surname is “considered” as 余 (Yú, read as ‘I’ in English). It’s because my real surname starts with I (Iskan).

My Chinese name will sound like “Isekan”, similar to my real name (Iskan). The meaning of it is also good, a sweet universe or spreading the sweetness to all the world 🙂

Also read : What Are the Five Elements in Fengshui (Wuxing)?

B. The Second Group: Foreigners That are Given a Chinese Name

This idea is unique. Chinese people, in general, are hard to pronounce or spell the foreigner’s name. The letters are also sound unpopular in Chinese.

In China, all news, TV, radio, internet media, generally, give a Chinese name that is close enough to the foreigners’ real name for all the names that are reported.

You can’t find a name like Donald Trump, Meryl Streep, or Liverpool in the Chinese Newsletter.

If you find 特朗普 (Tè lǎng pǔ) in the newsletter, that’s the name of America’s president, which is Donald Trump. The Chinese name sounds like : Te Lang Pu.

If you find 利物浦 (Lìwùpǔ), which sounds like : Li Wu Pu, that’s England football team, Liverpool. So, what’s the Chinese name of the highest score maker in Liverpool? It will be 萨拉赫, (Sà lā hè) or Mohamad Salah (26) in English name. He made 31 goals so far.

But, the star of Holywood movies is written until 7 Chinese characters, which are 梅丽尔 斯特里普 (Méi lì ěr sī tè lǐ pǔ). You don’t need to think that much. It’s my favorite actress’s Chinese name, Meryl Streep.

Besides that, there is Hendra Setiawan, a national badminton player in Indonesia. He is a citizen of Chinese descent, but doesn’t have a Chinese name. At last, he’s obliged to be given a long Chinese name that similar to his real name, which is close to the character or latin spelling : 亨德拉 塞蒂亚万 (Hēng dé lā Sāi dì yà wàn).

The same destiny has also come to Gideon Marcus Fernaldi, the best double badminton player with 7 badminton titles  in 2017, the highest record in BWF! He doesn’t have a Chinese name. so he’s obliged to be given a long Chinese name : 吉德翁·马库斯·费尔纳尔迪 (Jí dé wēng. Mǎ kù sī. Fèi ěr nà ěr dí).

This situation is also happening to foreign students that go to school or university in China. To make their name easier to pronounce, they all have Chinese names. It’s hard to make Chinese people remember their Indonesian names. For example, Citra Adetia Rahayu, is called 康圣仙 (Kāng shèng xiān).

Can you think about a longer name, like Bernita Cahyaning Anuraga? Even if you wait until the Nanjing people are dead, they couldn’t say it! So, Bernina changed her name into 陈香丽 (Chén xiāng lì). So the local’s lecturer can say her name. Only foreigner’s lecturer that says her name in her real name.